Página 147 - Those ten persons, therefore, could make among them upwards of forty-eight thousand pins in a day. Each person, therefore, making a tenth part of forty-eight thousand pins, might be considered as making four thousand eight hundred pins in a day. But if they had all wrought separately and independently, and without any of them having been educated to this peculiar business, they certainly could not each of them have made twenty, perhaps not one pin in a day...
Aparece en 322 libros desde 1776-2008
Página 149 - This great increase of the quantity of work which, in consequence of the division of labour, the same number of people are capable of performing, is owing to three different circumstances; first, to the increase of dexterity in every particular workman; secondly, to the saving of the time which is commonly lost in passing from one species of work to another ; and lastly, to the invention of a great number of machines which facilitate and abridge labour, and enable one man to do the work of many.
Aparece en 417 libros desde 1776-2008
Más
Página 240 - It is not so with the Distribution of Wealth. That is a matter of human institution solely. The things once there, mankind, individually or collectively, can do with them as they like.
Aparece en 187 libros desde 1848-2006
Página 146 - One man draws out the wire; another straights it; a third cuts it; a fourth points it; a fifth grinds it at the top for receiving the head...
Aparece en 280 libros desde 1776-2008
Página 240 - The distribution of wealth, therefore, depends on the laws and customs of society. The rules by which it is determined, are what the opinions and feelings of the ruling portion of the community make them, and are very different in different ages and countries; and might be still more different, if mankind so chose.
Aparece en 132 libros desde 1829-2007
Página 151 - The habit of sauntering, and of indolent careless application, which is naturally, or rather necessarily, acquired by every country workman who is obliged to change his work and his tools every half hour, and to apply his hand in twenty different ways almost every day of his life, renders him almost always slothful and lazy, and incapable of any vigorous application, even on the most pressing occasions.
Aparece en 132 libros desde 1789-2008
Página 329 - Give a man the secure possession of a bleak rock, and he will turn it into a garden ; give him a nine years' lease of a garden, and he will convert it into a desert.
Aparece en 279 libros desde 1792-2008
Página 150 - It is impossible to pass very quickly from one kind of work to another, that is carried on in a different place, and with quite different tools. A country weaver, who cultivates a small farm, must lose a good deal of time in passing from MB loom to the field, and from the field to his loom.
Aparece en 84 libros desde 1789-2007
Página 271 - private property was it ever contemplated that the proprietor of land should be merely a sinecurist quartered on it.
Aparece en 73 libros desde 1843-2006
Página 244 - The objection ordinarily made to a system of community of property and equal distribution of the produce, that each person would be incessantly occupied in evading his fair share of the work, points, undoubtedly, to a real difficulty.
Aparece en 45 libros desde 1848-2006
Menos

John Stuart Mill, Classical economist, was born in 1806. His father was the Ricardian economist, James Mill. John Stuart Mill's writings on economics and philosophy were prodigious. His "Principles of Political Economy, With Some of Their Applications to Social Philosophy," published in 1848, was the leading economics textbook of the English-speaking world during the second half of the 19th century. Some of Mill's other works include "Considerations on Representative Government," "Auguste Comte and Positivism," "The Subjection of Women," and "Three Essays on Religion." John Mill died in 1873. 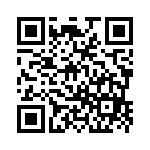