Página 60
Crane has much to say about the Concert of Europe , an association of the five major powers - Great Britain , France , Russia , Prussia , and Austria – dedicated to European territorial settlement , and its attitude toward Turkey .
Página 63
A Man and Some Others ' , less frequently studied nowadays than Crane's other major tales , was greatly admired at the time of its initial appearance . Joseph Conrad , for one , called the story ' immense ' and preferred it over ' The ...
Página 91
... to Crane's major novels and stories . Conrad , Joseph , The Collected Letters of Joseph Conrad , ed . Frederick R. Karl and Laurence Davies , 5 vols . to date ( Cambridge : Cambridge University Press , 1983- ) . 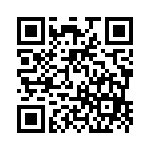