Edited by Robert Penn Warren (who also provides a 71-page introduction), this 1970 collection is the most extensive gathering of Melville's poetry available and solidified his reputation as a poet ... Leer comentario completo

Herman Melville (August 1, 1819 - September 28, 1891) was born into a seemingly secure, prosperous world, a descendant of prominent Dutch and English families long established in New York State. That security vanished when first, the family business failed, and then, two years later, in young Melville's thirteenth year, his father died. Without enough money to gain the formal education that professions required, Melville was thrown on his own resources and in 1841 sailed off on a whaling ship bound for the South Seas. His experiences at sea during the next four years were to form in part the basis of his best fiction. Melville's first two books, Typee (1846) and Omoo (1847), were partly romance and partly autobiographical travel books set in the South Seas. Both were popular successes, particularly Typee, which included a stay among cannibals and a romance with a South Sea maiden. During the next several years, Melville published three more romances that drew upon his experiences at sea: Redburn (1849) and White-Jacket (1850), both fairly realistic accounts of the sailor's life and depicting the loss of innocence of central characters; and Mardi (1849), which, like the other two books, began as a romance of adventure but turned into an allegorical critique of contemporary American civilization. Moby Dick (1851) also began as an adventure story, based on Melville's experiences aboard the whaling ship. However, in the writing of it inspired in part by conversations with his friend and neighbor Hawthorne and partly by his own irrepressible imagination and reading of Shakespeare and other Renaissance dramatists Melville turned the book into something so strange that, when it appeared in print, many of his readers and critics were dumbfounded, even outraged. By the mid-1850s, Melville's literary reputation was all but destroyed, and he was obliged to live the rest of his life taking whatever jobs he could find and borrowing money from relatives, who fortunately were always in a position to help him. He continued to write, however, and published some marvelous short fiction pieces Benito Cereno" (1855) and "Bartleby, the Scrivener" (1853) are the best. He also published several volumes of poetry, the most important of which was Battle Pieces and Aspects of the War (1866), poems of occasionally great power that were written in response to the moral challenge of the Civil War. His posthumously published work, Billy Budd (1924), on which he worked up until the time of his death, became Melville's last significant literary work, a brilliant short novel that movingly describes a young sailor's imprisonment and death. Melville's reputation, however, rests most solidly on his great epic romance, Moby Dick. It is a difficult as well as a brilliant book, and many critics have offered interpretations of its complicated ambiguous symbolism. Darrel Abel briefly summed up Moby Dick as "the story of an attempt to search the unsearchable ways of God," although the book has historical, political, and moral implications as well. Melville died at his home in New York City early on the morning of September 28, 1891, at age 72. The doctor listed "cardiac dilation" on the death certificate. He was interred in the Woodlawn Cemetery in The Bronx, New York, along with his wife, Elizabeth Shaw Melville.

Robert Penn Warren, the first Poet Laureate of the United States, was an unusually versatile writer who tried his hand at almost every kind of literature. In all of these forms, he achieved recognition and distinction, but it is as a poet, critic, and novelist that he was most widely known. Writing almost always about his native South, Warren produced 10 novels and a collection of short stories, The Circus in the Attic and Other Stories (1948). By far the most successful of his novels is All the King's Men (1946), the story of a southern politician and demagogue named Willie Stark, which Warren based on the rise and fall of Huey Long. Warren was considered one of the most influential of the New Critics, whose influence on the teaching of literature in American schools and universities during the late 1940s and 1950s could scarcely be overestimated. Because All the King's Men seemed to be the very epitome of what a good work of literature should be in New Critical terms---a complicated but highly readable narrative filled with irony and ambiguity---the novel came to be used widely in courses on modern fiction. It won both the Pulitzer Prize and the Southern Authors Award in 1947. Warren's other novels are disappointing by comparison. Following the success of All the King's Men, however, Warren seemed to turn to more loosely told stories about dramatic and romantic subjects, such as the interracial theme of Band of Angels (1955) or the natural catastrophes that serve as the crisis background for The Cave (1959) and Flood: A Romance of Our Time (1964). Wilderness: A Tale of the Civil War (1961) is an allegory of a man's spiritual quest for truth about himself and the world. Meet Me in the Green Glen (1971), the story of a tragic love affair, seemed to mark a return to the tighter structure and more complex artistry of Warren's earlier novels, but A Place to Come To (1977), his last novel, in which an elderly and renowned scholar who seems to owe much to Warren himself looks back on his family's past in an effort to find the meaning of his life, struck some reviewers as a confused and tired work. Sometime midway through his career as a novelist it is as if Warren stopped thinking of himself as a southern writer in the tradition of William Faulkner and turned instead to Thomas Wolfe for inspiration. Although in retrospect that switch must be regretted, no one can deny the immense influence of Robert Penn Warren on modern letters. Warren's poetry is intellectual, rich in powerful images, and has its roots in the pre-Civil War South. He continued to write impressive poetry almost until the time of his death. 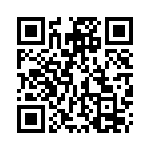