No real research was done by the author while preparing to write this book. It is essentially a work of fiction. Almost none of it should be taken seriously.

Would love to read this book, but I can't find a way to enlarge the print. Help with this?

Dorothy A. Mays is assistant professor and librarian at Rollins College, Winter Park, FL, specializing in the history of the early modern period. 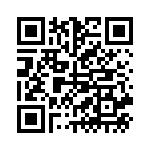