Página 306 - Then this ebony bird beguiling my sad fancy into smiling. By the grave and stern decorum of the countenance it wore, "Though thy crest be shorn and shaven, thou," I said, "art sure no craven, Ghastly grim and ancient raven wandering from the Nightly shore Tell me what thy lordly name is on the Night's Plutonian shore!
Aparece en 759 libros desde 1803-2008
Página 304 - In the greenest of our valleys By good angels tenanted, Once a fair and stately palace — Radiant palace — reared its head. In the monarch Thought's dominion, It stood there! Never seraph spread a pinion Over fabric half so fair! Banners yellow, glorious, golden, On its roof did float and flow (This — all this — was in the olden Time long ago...
Aparece en 589 libros desde 1834-2008
Más
Página 325 - thing of evil— prophet still, if bird or devil! By that Heaven that bends above us, by that God we both adore, Tell this soul with sorrow laden if, within the distant Aidenn, It shall clasp a sainted maiden whom the angels name Lenore: Clasp a rare and radiant maiden whom the angels name Lenore!
Aparece en 812 libros desde 1803-2008
Página 304 - Banners yellow, glorious, golden, On its roof did float and flow — (This — all this — was in the olden Time long ago) And every gentle air that dallied, In that sweet day...
Aparece en 577 libros desde 1844-2008
Página 164 - Yet a few days, and thee The all-beholding sun shall see no more In all his course; nor yet in the cold ground, Where thy pale form was laid, with many tears, Nor in the embrace of ocean, shall exist Thy image.
Aparece en 762 libros desde 1817-2008
Página 319 - A wind blew out of a cloud, chilling My beautiful Annabel Lee ; So that her highborn kinsmen came And bore her away from me, To shut her up in a sepulchre In this kingdom by the sea.
Aparece en 595 libros desde 1832-2008
Página 330 - AY, tear her tattered ensign down ! Long has it waved on high, And many an eye has danced to see That banner in the sky; Beneath it rung the battle shout, And burst the cannon's roar; — The meteor of the ocean air Shall sweep the clouds no more. Her deck once red with heroes...
Aparece en 674 libros desde 1806-2008
Página 235 - THIS is the forest primeval. The murmuring pines and the hemlocks, Bearded with moss, and in garments green, indistinct in the twilight, Stand like Druids of eld, with voices sad and prophetic, Stand like harpers hoar, with beards that rest on their bosoms. Loud from its rocky caverns, the deep-voiced neighboring ocean Speaks, and in accents disconsolate answers the wail of the forest.
Aparece en 570 libros desde 1848-2008
Página 233 - And nights devoid of ease, Still heard in his soul the music Of wonderful melodies. Such songs have power to quiet The restless pulse of care, And come like the benediction That follows after prayer. Then read from the treasured volume The poem of thy choice, And lend to the rhyme of the poet The beauty of thy voice. And the night shall be filled with music, And the cares that infest the day Shall fold their tents, like the Arabs, And as silently steal away.
Aparece en 920 libros desde 1838-2008
Página 305 - Once upon a midnight dreary, while I pondered, weak and weary, Over many a quaint and. curious volume of forgotten lore — While I nodded, nearly napping, suddenly there came a tapping, As of some one gently rapping, rapping at my chamber door. " "Tis some visitor," I muttered, "tapping at my chamber door — Only this and nothing more.
Aparece en 1015 libros desde 1832-2008
Menos 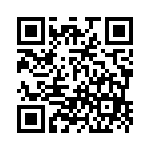