Daniel Baruch Aaron was born in Chicago, Illinois on August 4, 1912. He received a bachelor's degree in English from the University of Michigan in 1933 and the first doctoral degree in American civilization from Harvard University. He taught English at Smith College for 30 years. During wartime shortages of manpower, he worked on a farm and as a volunteer police officer. In 1979, he co-founded the nonprofit Library of America. The company has published millions of copies of over 250 moderately priced novels, memoirs, narrative histories, forgotten masterpieces, and other classics. He wrote several books during his lifetime including Men of Good Hope: A Story of American Progressives, Writers on the Left: Episodes in American Literary Communism, and The Unwritten War: American Writers and the Civil War. His memoirs include The Americanist and Commonplace Book, 1934-2012. He condensed the 155 volume journal of failed poet and scion of Southern wealth Arthur Crew Inman into The Inman Diary: A Public and Private Confession. In 2010, he was awarded a National Humanities Medal as a scholar and as the founding president of the Library of America. He died from complications of pneumonia on April 30, 2016 at the age of 103. 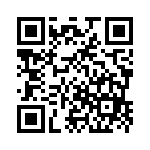