The Woman Who Lost Her Soul and Other Stories: Collected Tales and Short Stories (Recovering the U.S. Hispanic Literary Heritage)

De Mireles, a former president of the Texas Folk-Lore Society and a gifted scholar and writer, offers 30 folklore-based stories preserved in the oral traditions of southern Texas. Most of the stories ... Leer comentario completo

Página 113 - To MY DEAR AND LOVING HUSBAND If ever two were one, then surely we. If ever man were loved by wife, then thee; If ever wife was happy in a man, Compare with me, ye women, if you can. I prize thy love more than whole mines of gold Or all the riches that the East doth hold. My love is such that rivers cannot quench, Nor ought but love from thee, give recompense.
Aparece en 277 libros desde 1843-2008
Página xxvi - I ran to where the pack mules were to get my gun. Like a fool that I was, I kept yelling at the top of my voice, 'You so, so and so gringo cowards, why don't you attack men like men? Why do you wait until they are undressed and unarmed?' I must have said some very insulting things, for one of them shot at me right in the mouth. The bullet knocked all of my front teeth out, grazed my tongue and went right through the back of my neck. Didn't kill me, though. It takes more than bullets to kill Antonio...
Aparece en 10 libros desde 1932-2001
Más
Página 113 - Trees, and learn'd to sing; Chief of the Brood then took his flight, To Regions far, and left me quite : My mournful chirps I after send.
Aparece en 50 libros desde 1821-2006
Página 113 - Let Greeks be Greeks, and women what they are Men have precedency and still excel, It is but vain unjustly to wage war; Men can do best, and women know it well.
Aparece en 60 libros desde 1849-2008
Página xxiii - It was on a night like this that the ranch folk gathered at the Big House to shell corn. All came: Tio Julianito, the pastor, with his brood of black half-starved children ever eager for food; Alejo, the fiddler; Juanito the idiot, called the Innocent, because the Lord was keeping his mind in Heaven; Pedro the hunter, who had seen the world and spoke English; the vaqueros; and on rare occasions, Tio Esteban, the mail carrier. Even the women came, for on such occasions supper was served. A big canvas...
Aparece en 9 libros desde 1932-2001
Página 42 - He was not bad looking. He was tall and lanky, and had it not been for his coconut head, pivoted on some eight inches of neck, his triangular ears, and big hands and splay feet, he would have been handsome. His mustache was the barometer for his emotions. When he was not in love it hung limp and unkept, but in the spring, when the world was aglow with prairie flowers and all Nature invited him to love, it was waxed and triumphant. I remember his coming to the ranch one day and calling my uncle aside...
Aparece en 6 libros desde 1932-2001
Página 44 - as Tio Pancho Malo did," or "as Tio Pancho Malo said." If he himself was not willing to speak, those who knew him were only too glad to tell you, and always with a laugh, concerning the old man and his idiosyncrasies. As a young married man he had lived near Mier, in Mexico, on his few ancestral acres of worthless alkaline land. "Bitter mesquites and poor folks' children are plentiful,
Aparece en 6 libros desde 1932-2001
Página xxix - ... y espiritu de profesionalismo de Maria Cotera y Thomas H. Kreneck por permitirme el acceso a este valioso manuscrito de Jovita Gonzalez. Obras citadas Bruce-Novoa. "The Space of Chicano Literature Update: 1978." Retrospace: Collected Essays on Chicano Literature. Houston: Arte Publico Press, 1990. Chase, Cida S. "Jovita Gonzalez de Mireles (1899-1983).
Aparece en 7 libros desde 1937-2001
Página 38 - They smelled like buzzards. The odor was so strong he could hear it. No, he was not mistaken; he was sure they were Americans. Did they not speak English? He did not stay in the Sugar Land country long ; the dampness was making him have chills. So he hired himself as a section hand. His auditors should have seen that big black monster, el Tren Volador. It roared and whistled and belched fire and smoke as it flew over the land.
Aparece en 6 libros desde 1932-2001
Página 9 - ... the hummingbirds, the tenors of the fields. His wife was jealous and when her erring husband returned home in the evening, satisfied with himself and life, you should have heard her garrulous voice rise above the stillness of night. But he said nothing and merely sat heavy eyed with love and too happy to hear. As summer came on and the July heat made his life unbearable, his romantic adventurous habits were transformed into a langorous lassitude.
Aparece en 6 libros desde 1930-2001
Menos

JOVITA GONZ LEZ (1904-1983) was born in south Texas to a family of teachers. In the summer of 1925 she had ńthe far-reaching experienceî of meeting folklorist J. Frank Dobie, who became an enduring friend and mentor. At his urging and with his encouragement, she began publishing tales of the Texas-Mexico border such as those she knew from her childhood. With her husband, Edmundo Mireles, she also co-authored two popular series of textbooks for learning Spanish. Two novels written by her were published posthumously: Caballero (Texas A&M University Press, 1996) and Dew on the Thorn (Arte PĎblico Press,1997). SERGIO REYNA is a doctoral candidate in Spanish at the University of Houston and a bilingual teacher with the Alief Independent School District. He previously served as co-editor of the journal DifusiŃn Educativa of the National Pedagogical University in Tamaulipas, Mexico. Counterpoise writes, ńThis collection is recommended for both public and academic libraries.î 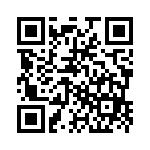