VIETNAM SHADOWS: The War, Its Ghosts, and Its Legacy

Isaacs (Without Honor: Defeat in Vietnam and Cambodia, 1983) covers a good deal of territory in this sober, strongly written, and persuasively argued book. According to the former Baltimore Sun ... Leer comentario completo

Vietnam shadows: the war, its ghosts, and its legacy

The ultimate failure of U.S. policy in Vietnam lingers on in the minds of the two-thirds of the American people old enough either to have experienced the war directly or to feel its effects through ... Leer comentario completo

Arnold R. Isaacs is the author of the acclaimed Without Honor: Defeat in Vietnam and Cambodia and coauthor of Pawns of War. He spent the final years of the Vietnam War as a correspondent for the Baltimore Sun. Since 1984, he has taught courses on Vietnam at Towson University in Towson, Maryland. 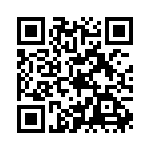