My ex-husband and I had always managed to stay friendly after our divorce in February 2017. But I always wanted to get back together with him, All it took was a visit to this spell casters website last December, because my dream was to start a new year with my husband, and live happily with him.. This spell caster requested a specific love spell for me and my husband, and I accepted it. And this powerful spell caster began to work his magic. And 48 hours after this spell caster worked for me, my husband called me back for us to be together again, and he was remorseful for all his wrong deeds. My spell is working because guess what: My “husband” is back and we are making preparations on how to go to court and withdraw our divorce papers ASAP. This is nothing short of a miracle. Thank you Dr Emu for your powerful spells. Words are not enough.
Email emutemple@gmail.com
Phone/WhatsApp +2347012841542.

Anne Bradstreet, daughter of one governor of the Massachusetts colony (Thomas Dudley) and wife of another (Simon Bradstreet), was the first woman to be widely recognized as an important and accomplished American poet. Educated at home in England and well tutored in the classics, Bradstreet married one of her father's assistants and traveled with Simon Bradstreet and her parents to New England in 1630. The ship, The Arbella, landed only a decade after the first Pilgrims, and Anne Bradstreet admitted to some discomfiture when she first witnessed the deprivation that the New World required. Nonetheless, Bradstreet settled in what would become Massachusetts and reared her eight children there. A Puritan more concerned with the world of God than with the world of humans, Bradstreet was still aware of the sensual power of language and the sway of familial affections. Her poetry explores this paradox through the employment of elegant, lyrical conceits. Her work also probes the position of women within the patriarchal structure of Puritan society. The Flesh and the Spirit (1678) explores such contradictory impulses, while Dialogue Between Old and New (1650) uses the Old and New Worlds as metaphors through which to decry both political upheaval and the tenuous nature of all relationships. Writing in an era when women's voices were frequently repressed or unrepresented, Bradstreet found a way to be heard; her poetry both reaffirms and reevaluates Puritan values. Bradstreet died in 1672. 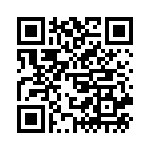