The powerful story of Jemmy Button—the Yamana Indian brought in 1829 to England (to be "civilized") by explorer Robert Fitzroy (previously related both in fiction and in Darwin's Voyage of the Beagle ... Leer comentario completo

Based on the relatively little-known but true story of Jemmy Button, this thinly veiled historical novel is narrated by the fictional mariner John William Guevara in response to a request from the ... Leer comentario completo

An outspoken human rights advocate, Sylvia Iparraguirre has already gained considerable fame in Argentina where she was involved in several magazine projects criticizing the military dictatorship in Argentina. Tierra del Fuego is her second novel. She has also published four collections of short stories, one of which, In the Winter of the Cities, won the Municipal Prize for Literature.

Hardie St. Martin was one of the most prominent Spanish to English translators of his time. In his long and distinguished career, he translated Juan Gelman, Pablo Neruda, Miguel Hernández, Blas de Otero, and others. He died in Barcelona in 2007. 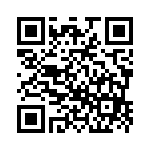